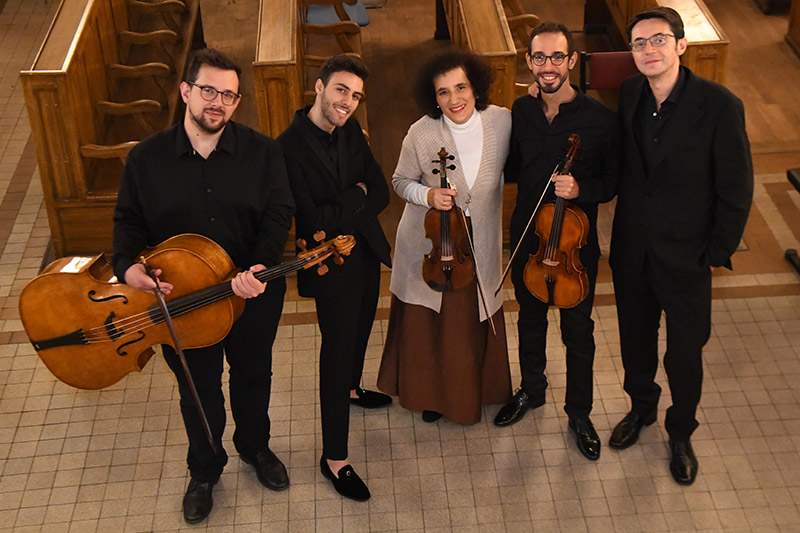 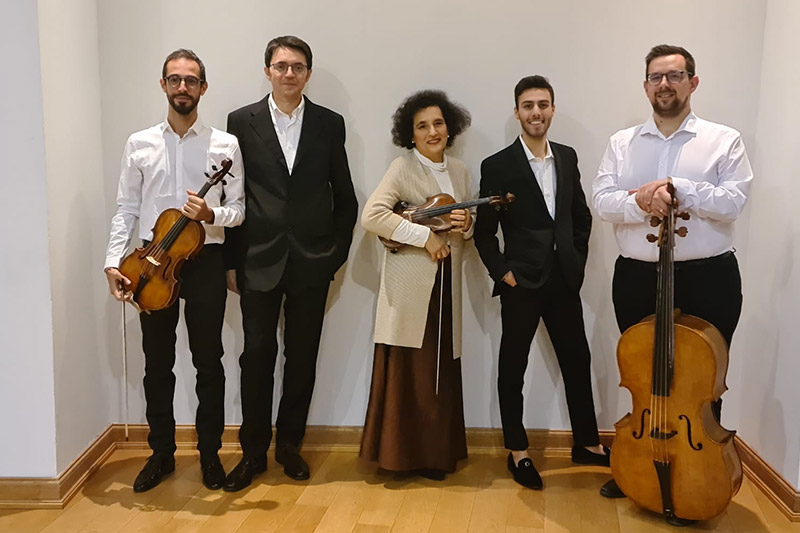 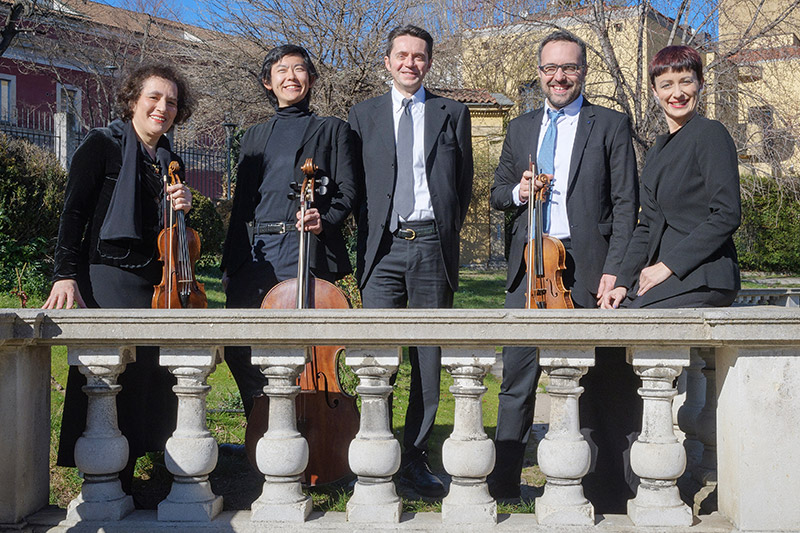 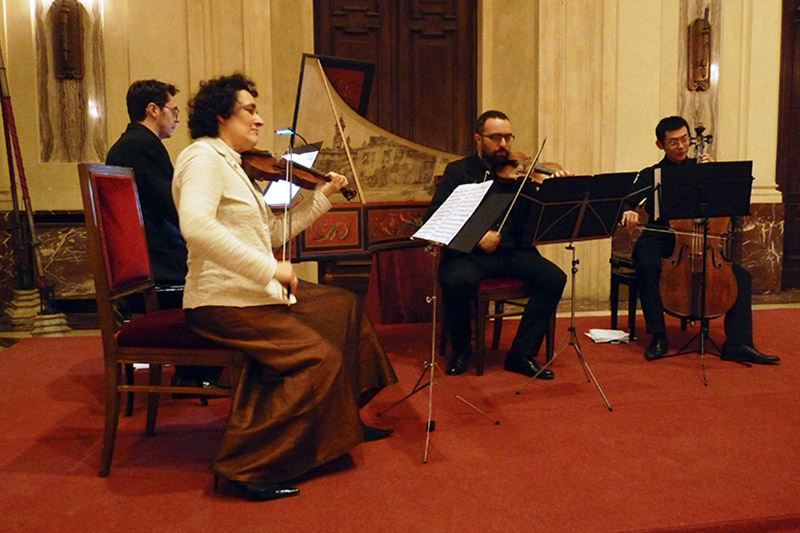 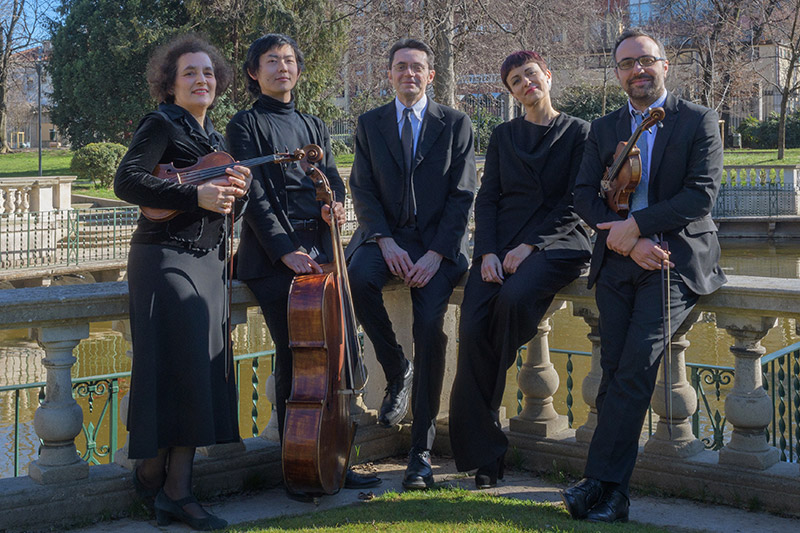 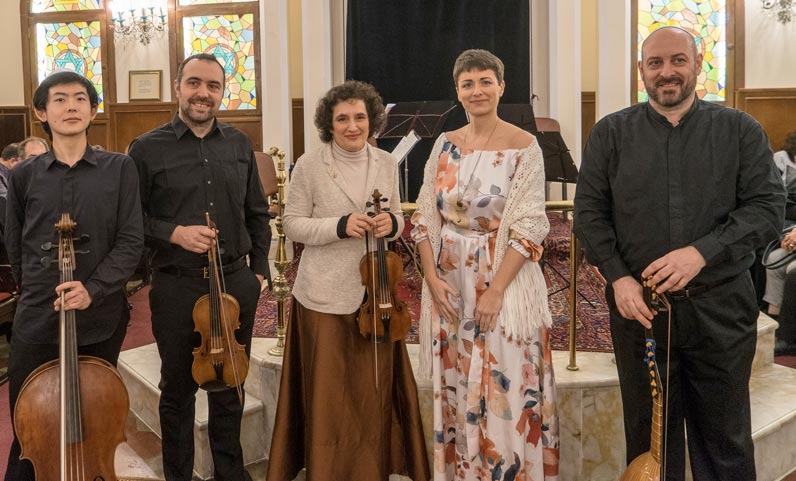 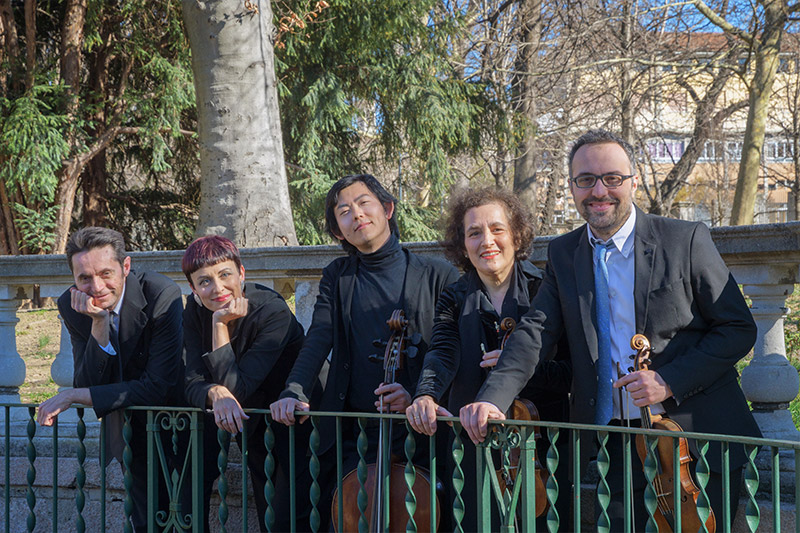 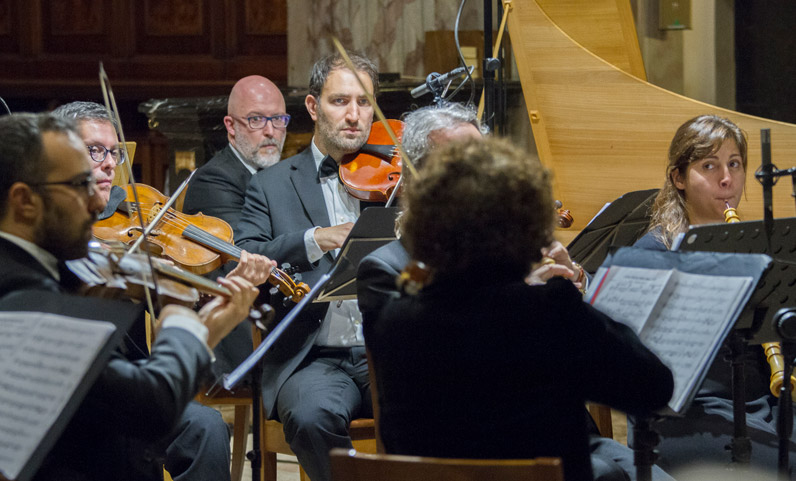 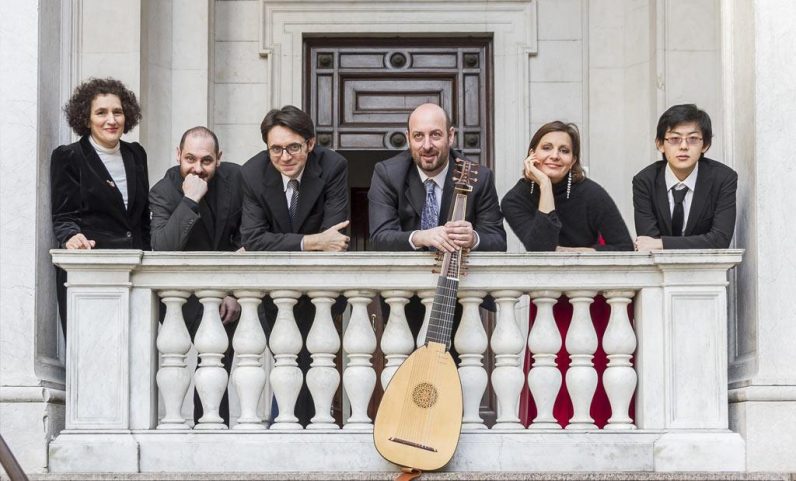 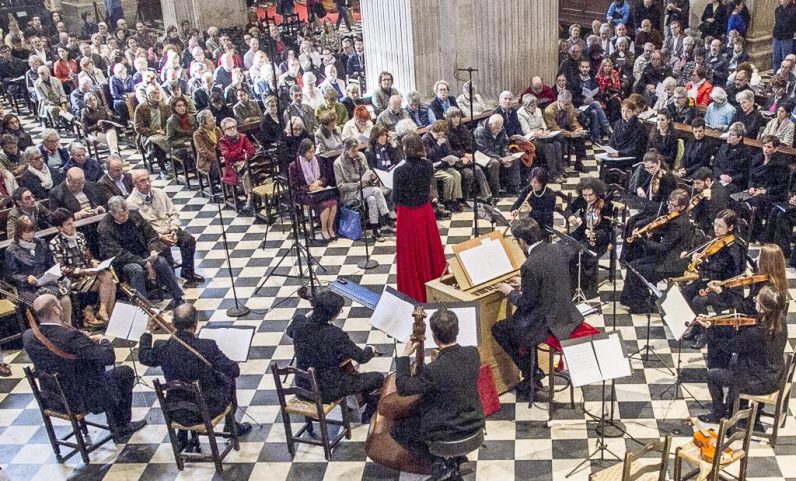 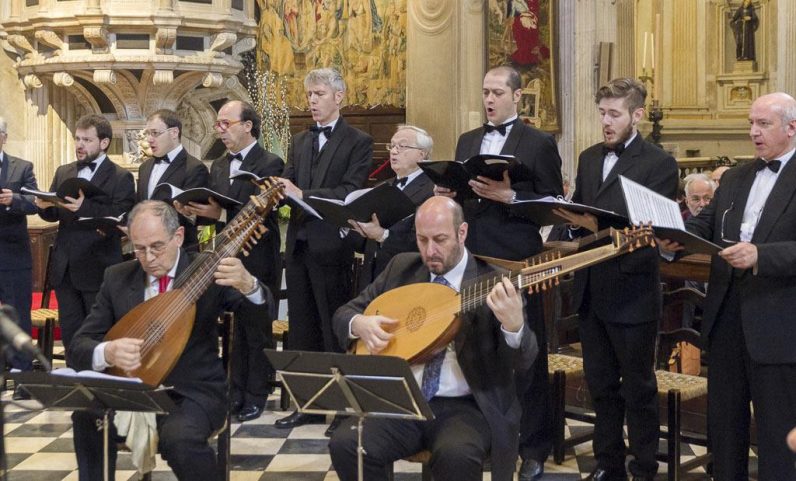 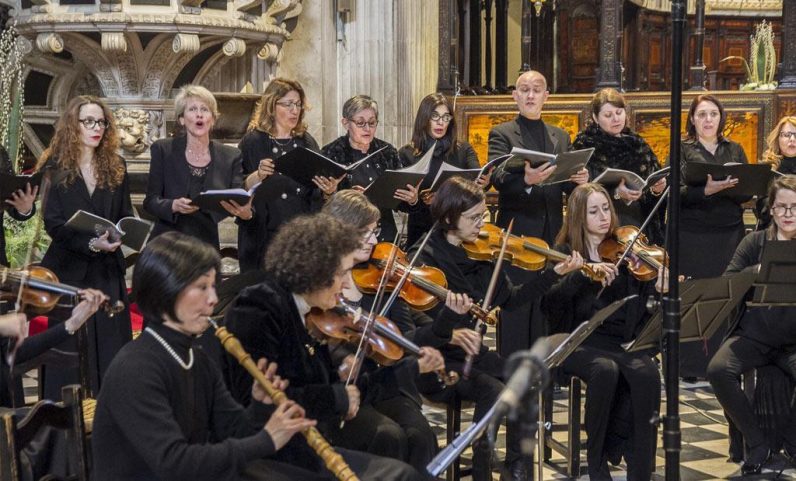 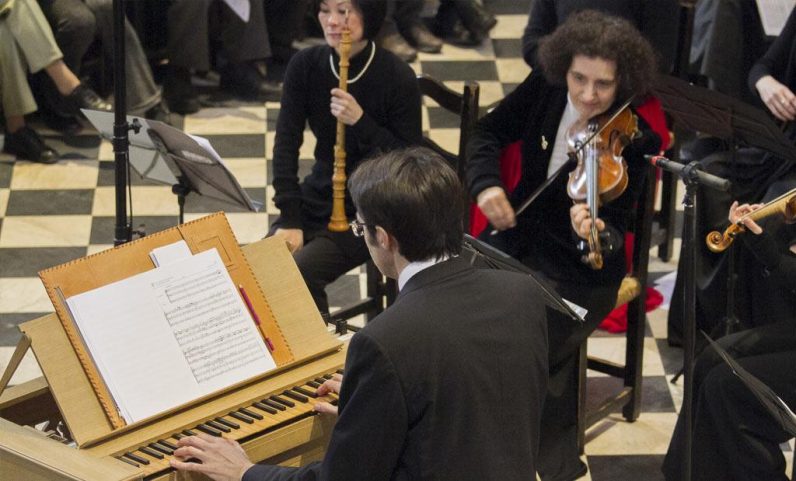 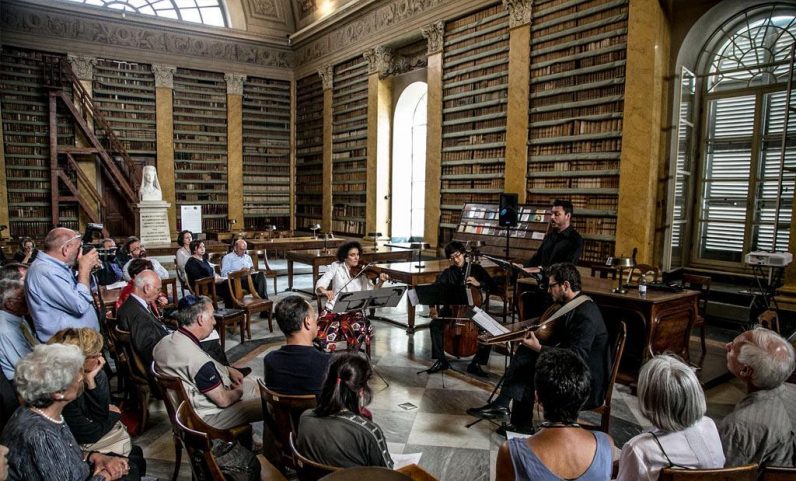 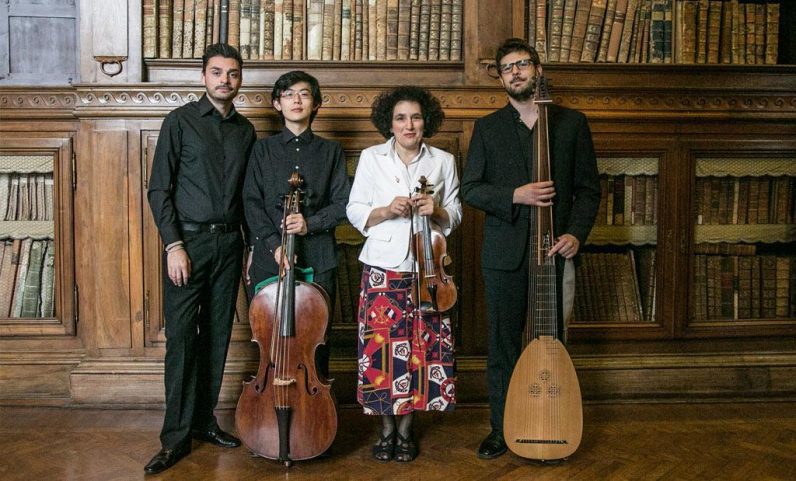 The Ensemble Salomone Rossi was founded by the violinist Lydia Cevidalli in 1991, with the aim of deepening the Jewish contribution to the music of the Western world; the presence and interaction are manifested both in the surviving repertoire of Jewish Baroque music, and more generally in the contemporary European musical and cultural world.
The group is made up of a variable number of musicians who have collaborated with prestigious international ensembles of early music (Les Concert des Nations, the Venexiana, Ensemble Aurora, Complesso Barocco, Orchestra 1704 and others).
The Ensemble Salomone Rossi has performed in prestigious venues, including the Concerti del Quirinale, the Sala Alessi of Palazzo Marino in Milan, the National Theatre of Belgrade, the Italian Synagogue of Istanbul, in Bergamo for Effettobibbia, in the United States, in Madrid, Cremona and in France for a concert tour organized by the Italian consulate).
The group participated in a production for the BBC and is currently involved in the Progetto Marcello, a project for recording the complete Psalms set to music by Benedetto Marcello, from L’Estro poetico armonico. The CDs currently released for the Progetto Marcello have been received with excellent reviews by international critics:
“Benedetto Marcello Psalms and Sonatas“, with the Ensemble Salomone Rossi, published by Dynamics in 2021
“Salmi e Sonate di Benedetto Marcello“, with the Ensemble Salomone Rossi, published by Concerto Classic in 2018.
Also, the CD “Jewish Baroque Music”, with the Ensemble Salomone Rossi, published by Concerto Classic in 2009, obtained excellent reviews and great public reception.

The Ensemble Salomone Rossi, founded by Lydia Cevidalli in 1991, has to its credit performances in Italy and abroad, among the most important, in Belgium at the Concertgebouw in Bruges and the Castle of Chimay, in Spain at the Real Academia de Bellas Artes in Madrid, with live broadcast for the Spanish National Radio, in the United States at Montclair State University, in Istanbul and Belgrad.

In 2009 the Ensemble recorded the CD “Jewish Baroque Music“ for Concerto Classics, which obtained excellent reviews on Amadeus, Suonare News and IlSole24ore, as well as presentations on various national and private radio stations, including Radio3suite and Piazzaverdi of Radio3. In 2012 and 2018 the CD was reissued.

In recent years the Ensemble has participated in the soundtrack for the documentary “Sacred Spaces, Synagogues, Absence and Presence“ directed by Celia Loewenstein; recorded the music for the BBC documentary, “The Story of the Jews”, played in Rome for Radio3’s I Concerti del Quirinale, with live broadcast of the concert on Radio3 performed in Cremona, at the Museum of Instruments for the review “Il violinista sul tetto”, in Venice at the Ugo and Olda Levi Foundation, in Bergamo in the Basilica of S. Maria Maggiore for Effettobibbia, in Parma at the Sala Maria Luigia of the Palatine Library, in Ascona (Switzerland), Istanbul, Trieste.

The third CD, “Benedetto Marcello Psalms and Sonatas” was released in January 2021, published by Dynamic; it was presented by Radio France – France musique, “Piazzaverdi”  by Radio3 , “Inviato speciale” by Radio1 , “Stravaganza barocca” by Radio Classica, “Lo scrigno musicale“ by Vatican Radio and “Cult” by Radio Popolare; got excellent reviews from Forum opera in France and from Politiken  in Denmark.

In October 2021 the Ensemble carried out a concert tour in France, invited by the Italian consulate to Metz.

The Ensemble is supported by Associazione Amici dell’Università Ebraica di Gerusalemme and collaborates often with The Hebrew University of Jerusalem itself. 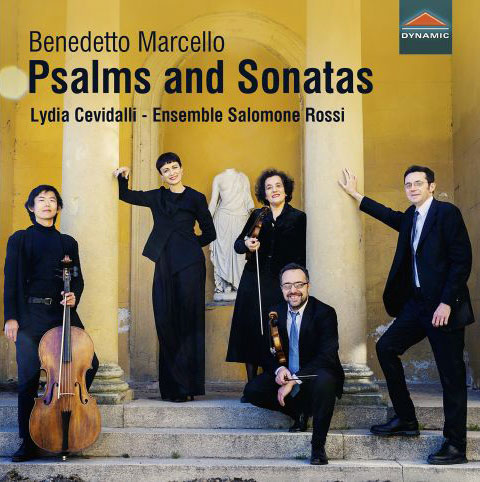 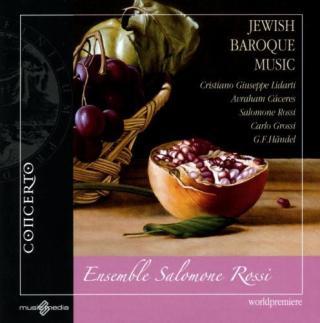 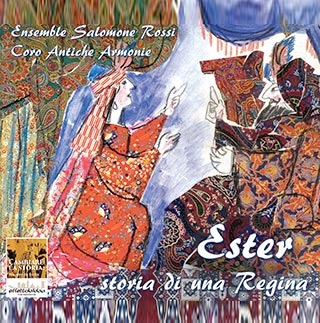